Every year at Artemis BJJ, we hold a charity marathon sparring event, which Can named the GrappleThon (though he doesn’t think he was the first to use that term). The basic idea is that at least two people are rolling at any one point over a 24 hour period, raising money for charity through online fundraising pages. Everybody is welcome to attend, with clubs travelling from around the country (and sometimes even other countries) to our gym in Bristol.

The most recent Artemis BJJ GrappleThon was held on the 2020 International Women’s Day weekend, the 7th and 8th March 2020. For full details about both past and upcoming GrappleThons, check out the GrappleThon section on the Artemis BJJ site.

If you would like to run your own GrappleThon, scroll down for a comprehensive guide. Can is also happy to answer questions, so feel free to contact him if you have any questions about setting up your own event.

For pictures and videos from both previous and current Artemis BJJ GrappleThons, go to the Instagram channel. To get an idea of what happens at a GrappleThon, you can read about the 2015 edition (in support of Equality Now) here. To whet your appetite for upcoming events, check out our video for 2015:

The basic idea of a GrappleThon is very simple: have at least two people grappling at any one point over a predetermined period. However, if you would like some advice about how to run a GrappleThon, I’ve put together some tips based on what I’ve gleaned up until now. If you do run a GrappleThon, please let me know: I’d love to publicise it on the GrappleThon social media channels, so feel free to send me any press releases, photos, fundraising links etc 🙂 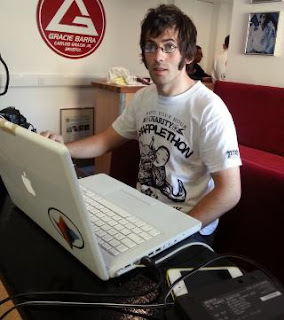 1. Venue: The first thing you’ll need is a mat space large enough for at least two people to spar (ideally it should be much bigger than that, of course). If you also want to stream the event live, then that requires decent WiFi (or a cable long enough to get your computer sufficiently close to the mat). Normally the space will be your home academy, but that obviously depends if your instructor is happy for you to hold your Grapplethon at their gym.

Instructors are usually happy to have a charity event at their school, but for streaming, it is always worth checking that they’re also happy for you to film. You’ll want to check the audio too (presuming everyone is ok with being recorded), possibly even using a boom mic. I won’t pretend to understand the technicalities: fortunately for me, my training partner Steve Hinde is great with gadgetry, so I’d suggest you find your own Steve at your academy. ;D

2. Fundraising: Next you need to decide on a charity and how you’re going to fundraise for them. I’ve found that the easiest method is to use an online fundraising platform. I went with JustGiving (the US equivalent is FirstGiving, as used by Laurie for the BETA Academy Grapplethon), but there are numerous others: e.g., StayClassy is another US based option (used by Matt for a Grapplethon in 2013), while Virgin Money Giving and My Donate are two other big ones in the UK (here is a guide for MyDonate).

You could also try Eventbrite, which Laurie used for her Grapplethon in 2013 at the BETA Academy. That can be integrated with FirstGiving, as the two sites are related. Laurie describes the process of fundraising through Eventbrite and then combining it with FirstGiving in her event report, here. If you are planning to use JustGiving, I have a guide on setting up fundraising pages here.

The important thing, obviously, is that the charity you want to support is on that platform (if it isn’t, you can always ask them, like Laurie did). Charities have to sign up to them, then there are also platforms focused specifically on a single cause, like Movember (supported by Sofie’s Rollathon from 2012 onwards). It’s also useful for the fundraising plaftorm to have the option of creating ‘teams’ (e.g., on JustGiving, MyDonate and Virgin Money Giving: here’s an example of a previous GrappleThon team), as that makes it easy to track your total, because a team will add together all the individual pages.

Keep in mind that if you go the online route, there will still almost always be a few people who want to fundraise offline, so for them you’ll need sponsorship forms. You can try creating them yourself, but the charity you’re fundraising for should at least be able to provide you with a template. If not, contact me and I’ll be happy to send you something to use.

3. Participants: Getting everybody together can be the hardest part. I used a spreadsheet to try and get at least five people committed to each hour, so we were covered for the whole event. Having now done the GrappleThon twice here in the UK, I think eight is a good number per hour if possible, but depends on the size of your club.

If you can’t get that many, make certain that there is someone there urging people to keep things light and relaxed. Playing some chilled out music can help with that too. If you’re able to get a few people to commit to staying the full 24 hours (depending on the length of your event), that takes the pressure off a little: for example, for the RapeCrisis GrappleThon in 2013, I had around six or seven people who stayed for the entire event. By 2015, the 24 hour crew had grown into a fairly large group, meaning that I could be confident of having enough people for the full event.

I would also recommend staying in regular contact with as many participants as possible, sending them updates and checking if they have any questions. Facebook has been my main method of communication for all the GrappleThons I’ve run so far, but you could also use some other form of social media or simply email. If possible, having the event announced in class is going to help get more participants (especially as locals will be key for the early hours of the morning when numbers drop). Getting the regular instructors at the school involved in the event is therefore a good idea.

4. Charity Materials: In other words, banners, t-shirts (standard ones from the charity, rather than a specific GrappleThon one), collection boxes, sponsor forms and the like. That was easy for me in 2012, as I worked at the charity we did it for, but in 2013 the charity wasn’t as well-stocked so I had to come up with the materials myself. I printed out two A1 pieces of paper with the RapeCrisis logo, which served its function in keeping the charity’s name prominent in the background of the stream and photos. If you do that, make sure you have a high quality version of the logo, ideally vector (for that, you’ll normally need a program like Adobe Illustrator). That’s because a vector image won’t pixellate even if you make it huge.

Collection boxes can be bought, while sponsor forms should be available from the charity via email. If you need to create your own, it is worth noting that in the UK we have something called Gift Aid which means the charity can claim back tax and make each donation go further: I’m guessing there may be something similar in the US, but I haven’t (yet) run a GrappleThon outside of this country (though numerous others have: e.g., Jill in California, Jennifer in Maryland, Sofie in Canada). 😉

5. Stream: I was lucky regarding the stream, because I had a training partner who has been working in computing and film for the last few decades. That meant he had a load of equipment lying around: he set it all up. We went with Justin.TV for streaming in 2012, then uStream in 2013. In 2015 we tried YouTube for live streaming, but that has time limits and didn’t function all that well.

It is not especially complicated to set up a basic stream. You just need a computer, a webcam and an internet connection. It then becomes a question of how swish you want your stream to be, which depends largely on the speed of your connection and the quality of your webcam. It’s not an essential part of a GrappleThon, but it’s often popular with friends of those taking part.

6. Prizes: This is entirely optional, but in my experience so far it has proved to be a useful way of motivating people. E.g., if people raise a certain amount, they get a t-shirt. As there will be limited quantities of each size, you then get mini-competitions going in terms of who can raise the most to earn their shirt.

In addition, you could also offer the person who raised the most a prize, the person who spars the longest also wins something, etc. Naturally the point of the event is not to win prizes, but it can help bolster the final total even further, as well as a way of showing your appreciation to your fundraisers.

If you or friends of yours have any connections to a fightwear company, you could present it to them as an advertising opportunity. For example, they send you 30 shirts of varying sizes, which has a design promoting the GrappleThon along with their logo somewhere prominent. You can then also link to the fightwear company’s website on your online fundraising page, thanking them for their support. I’ve been very fortunate so far in that Tatami Fightwear have been incredibly generous with their support, as has illustrator and designer Seymour ‘Meerkatsu’ Yang.

7. Press Release: It is possible that the charity you’re fundraising for will have a press officer who can write the press release for you, as was the case for my event in 2012. If not, as in 2013, you’ll need to write it yourself. It is worth doing both a pre-event and post-event press release.

You’ll need a list of media contacts, which potentially will be available on the various websites (though note that people will often move around, so these lists can get out of date quickly). Make sure you get your main points across (e.g., the reason you’re doing the event and where people can donate). If you manage to get an interview, be sure to get your donation link out (try and make it short and memorable). You can also feel free to give out GrappleThon.org as a link: I can put up the details of your event on the various GrappleThon social media channels.

8. Organising on the Day: Up until now, I have always stayed the whole 24 hours to make certain everything ran smoothly, to urge people on when there was a lull, posting updates on social media and so forth. That is a big commitment, so ideally you want to be able to delegate.

Another reason I’ve stayed was due to a little competition we’ve included, where I track the number of times everybody rolls in order to be able to say who has rolled the most. That has definitely helped with motivation, as people got competitive (e.g., “what? She got 50 rolls? Right, I’ll stay a bit longer so I can get to 51!”).

However, it did mean there had to be somebody taking note of every roll and making sure the timer was working. This is also an area where I could delegate. I also haven’t used the spreadsheet in 2014 and 2015, meaning I could be a lot more sociable. 😉 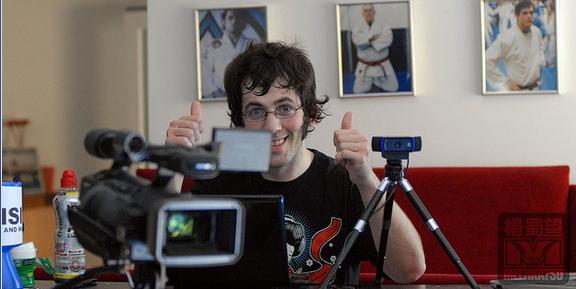 I hope this guide is of some use to you. I’m really keen to expand the GrappleThon concept, so it would be brilliant if these events started popping up in other gyms. If you’ve got any questions, I’d be more than happy to try and answer them: drop me a line here 🙂